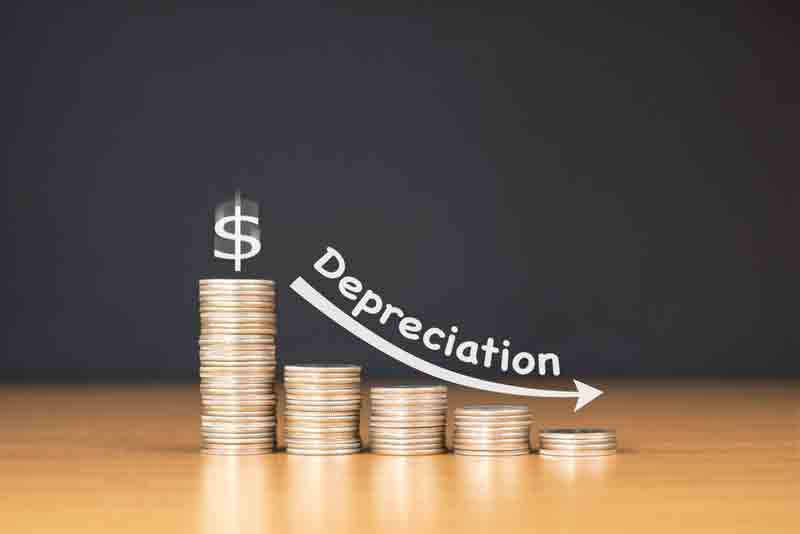 We all hear the term depreciation a lot, but we don’t know what it means. However, it’s an important component of accounting. Depreciation can be an expense that is recorded in the same way and for the same period as other accounts. Fixed assets are long-term operating assets that can’t be sold during the business. These assets can include machinery, buildings, vehicles, office equipment, computers, and other equipment. You can also have items like shelves and cabinets. Depreciation is the process of spreading the cost of a fixed asset across its useful life. Instead of charging the full cost of the asset in the year, it was purchased, instead of depreciating the asset. This means that each year the equipment or asset used bears a portion of its total cost. For example, trucks and cars are usually depreciated over five years. It is possible to depreciate a fraction of the cost over each year, instead of charging a single year.

Only fixed assets you buy are eligible for depreciation. Although depreciation is an expense, it is not necessarily a cash expense for the year in which it is recorded. Although the cash outlay occurs when the fixed asset becomes available, it is only recorded over some time.

The accountant must add depreciation to the bottom-line profit for the year. Cash flow from profit can also be affected by changes in other assets and liabilities. All changes that affect cash flow from profit must be taken into account by a competent accountant. To determine cash flow from operations, depreciation is just one of the many adjustments that are made to a company’s net income. Amortizations of intangible assets are another expense that is added to a company’s assets each year. This expense is different because it does not require cash outlay. This was when the company invested in these tangible assets.

The statement of cash flows also includes information about the investments made by the company during the reporting year. New investments indicate that the company is expanding or upgrading its production, distribution, and capacity. It can be either good or bad news depending on the reasons for selling long-term assets. A business usually disposes of some fixed assets each year when they reach the end of their useful life and are no longer being used. These fixed assets can be disposed of, sold, or traded in for new assets. It is also known as its salvage value. In the section on investing activities of the statement of cash flow, the proceeds from the sale of fixed assets are reported to be source cash. These are usually very small amounts.

Companies, just like individuals, sometimes have to finance acquisitions when their internal cash flow isn’t sufficient to finance business growth. Finance refers to raising capital through debt and other sources. This includes borrowing money from banks or other sources that are willing to lend money to the company and allowing its owners to invest additional funds in the business. It also covers the reverse side of financing, which includes making debt payments and returning capital to owners. It includes cash distributions made by the business to its owners from profits.

Businesses borrow money on both short-term and long-term terms. Cash flow statements usually only report the net increase or decrease of short-term debt. They do not include the total amount borrowed or total debt payments. Statement of cash flows will generally report both the total amount and repayments for long-term loans during the year when reporting the short-term debt. These figures are reported as net rather than gross.